Another fall has begun at Hawk Ridge! This is my eighth season counting raptors and non-raptors for Hawk Ridge, and the excitement at starting another fall migration is as exciting as ever. We started counting on August 15th as usual, but the last week has had quite the stretch of rain and fog, even by Duluth standards, so not many hours have been put into counting, and not many birds have been seen. The raptor migration has been especially slow with the foggy weather, and as a result only about 108 hawks have been seen through the 25th. A normal August averages about 1000 birds, so we have lots of catching up to do! Luckily the fog has cleared and west winds are blowing, so hopefully this week the counts will improve.

In contrast, the songbird migration has been quite good, especially if you’re a warbler. These colorful jewels are often more visible in foggy weather when they become “grounded, although we have also had good numbers on the sunny days as well. This fall we are noticing very high numbers of Cape May Warblers with day counts of 21 and 40, many juvenile Blackburnians, and definitely more Golden-wingeds than usual (often several are seen in a day, which is unusual). On Park Point, a Brewster’s Warbler spent several days hanging out with a Golden-winged Warbler (Brewster’s is a hybrid between Golden-winged and Blue-winged and is seldom seen in Duluth). Warblers have been about the only group of birds moving through in any numbers. We are still waiting for a big push of Cedar Waxwings, Cliff Swallows, and Common Nighthawks, all of which usually peak in late August. Although there was an evening flight of 3104 Common Nighthawks, we are hoping for a larger flight in the next day or two. Perhaps it is even possible to beat last year’s amazing count of over 30,000!

I have posted a bunch of warbler photos I took in the last week along the shore, including a Cape May Warbler in flight that I took with Steve Kolbe’s camera. Steve is our new assistant counter. He has counted previously at Holiday Beach, Kiptopeke, Derby Hill, and other locations, and arrived early just to see the nighthawk migration. He loves to count and photograph all the birds he sees, especially the ones in flight, and so he will be a great addition to our Hawk Ridge crew. When you look at the warbler photos and notice how amazing and colorful they are, keep in mind that some of these are probably juvenile birds, supposedly the dullest plumage. Do not believe that thing about “confusing fall warblers”, they are just as beautiful in the fall as they are in the spring! 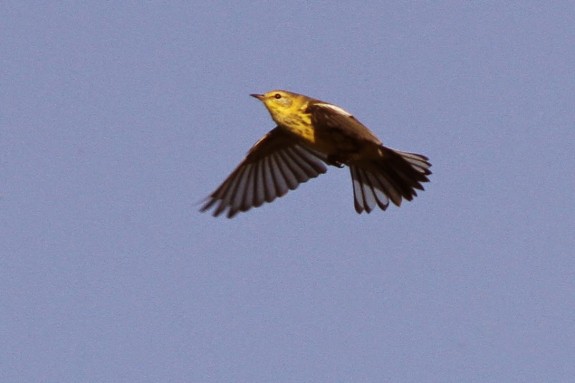 Cape May Warbler in flight. 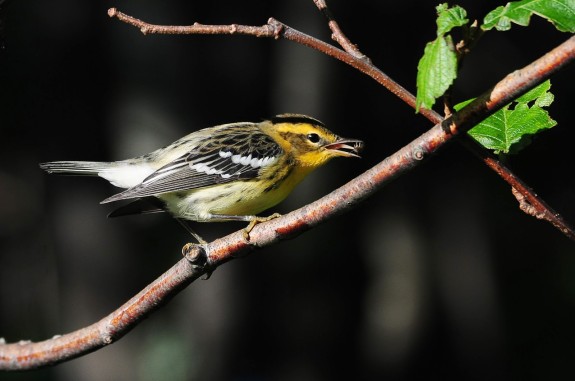 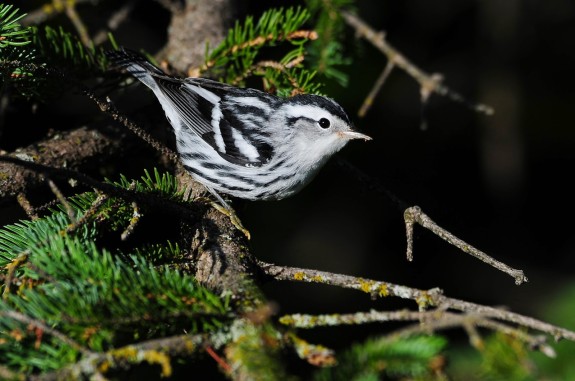 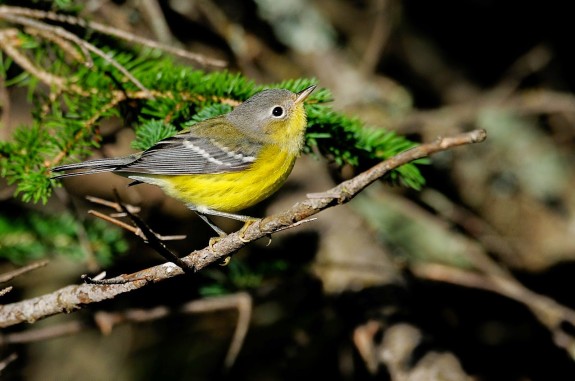