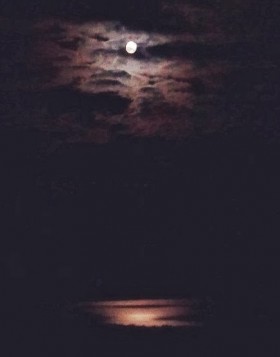 Many people have experienced the beauty of Hawk Ridge and daytime migrating raptors. However, the bird activity doesn’t stop when the sun sets. Owl programs run at Main Overlook in the evening starting at the end of September through the month of October. Just like high flying Red-tailed Hawks and speedy falcons, the owls of the northland begin to move through the forest with the changing of the seasons.  Throughout the owl program, visitors have a chance to learn about the differences between daytime and nighttime raptors as well as owl identification and special adaptations.

﻿
﻿
There are different species of owls that may be found in the woods around the main overlook. A majority of the owls banded during the season are the diminutive but feisty Northern Saw-Whet owls.  It’s hard to believe that this small, tuft-less bird is flying silently around us through the woods. However, after getting a close up look at their sharp talons and learning about their nocturnal adaptations, it is clear that saw-whets are hardy birds!
This season, we have been lucky enough to also see a Long-eared Owl and a Barred Owl up close during the evening program. Both of these species are banded on an annual basis, but it is a rare treat to see them during the owl program because they are typically active later in the night. As the days become shorter, the owls become active earlier in the evening, which allows us a better chance of seeing these elusive animals up close.

Remember, autumn evenings can vary greatly in temperature and weather.  If you purchase a ticket for an owl program, check the forecast and dress for the conditions. It is important to wear layers, including good footwear and a hat and gloves. Some visitors even bring a blanket to wrap around their shoulders and a chair cushion to sit on! The program typically runs from 8:00 pm to 10:00 pm. The last owl program of the 2013 season is scheduled for Saturday October 26th.

If you have ever wondered how owls nest, what they eat, or what makes them amazing predators, the owl program is the perfect way to experience another facet of Hawk Ridge and learn all about these mysterious nocturnal raptors!
Sarah Glesner
Owl Program Naturalist
﻿﻿